Let's just start this by saying that Tofino, and Vancouver Island in general, is a magical place. If you have never been, or even heard of it, research it right now and then go there. If you've already been - go back! Why did you even leave??

Tofino is a coastal town on the north west coast of Vancouver Island, British Columbia (seriously, go there already!), and lies on the Clayoquot Sound. Clayoquot Sound is home to a diverse number of creatures, including golden eagles, sea otters, a variety of whales (humpback, grays & orcas), and Stellar sea lions, a.k.a the most stinky but adorable sea-dog.

Stellar sea lions take advantage of the isolated, rocky islands on which to generally rest, which includes but is not limited to, fighting, farting and...mating. Thanks to their all-fish diet, the smell as you approach is pretty overpowering, but it's honestly what makes the whole experience so...vivid, like you're really tapping into all of your senses, as the wind whips you with splashes of seawater and as your stomach adjusts to your newfound life at sea.

While the majority of these Stellar sea lions were napping, 2 individuals seemed to have a disagreement about their personal space, which to be honest, if you smell like they do, is pretty understandable. Quickly resolved, they promptly went back to napping in the sun.

Oh, and about the technicals: 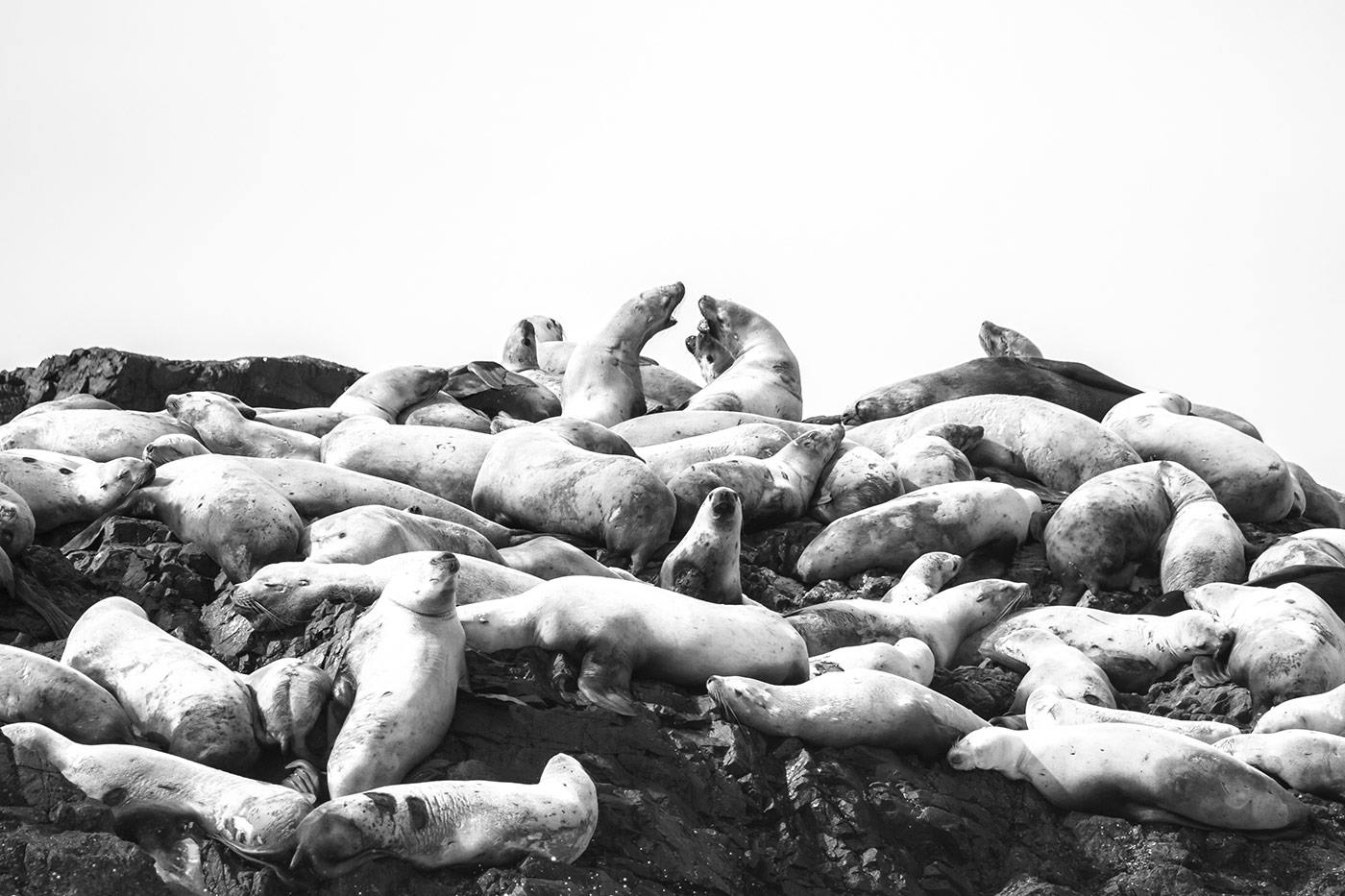